As if getting married to a sex offender wasn’t enough self-imposed struggle for one gal, Nicki Minaj has really put her weirdo behavior into overdrive this week. 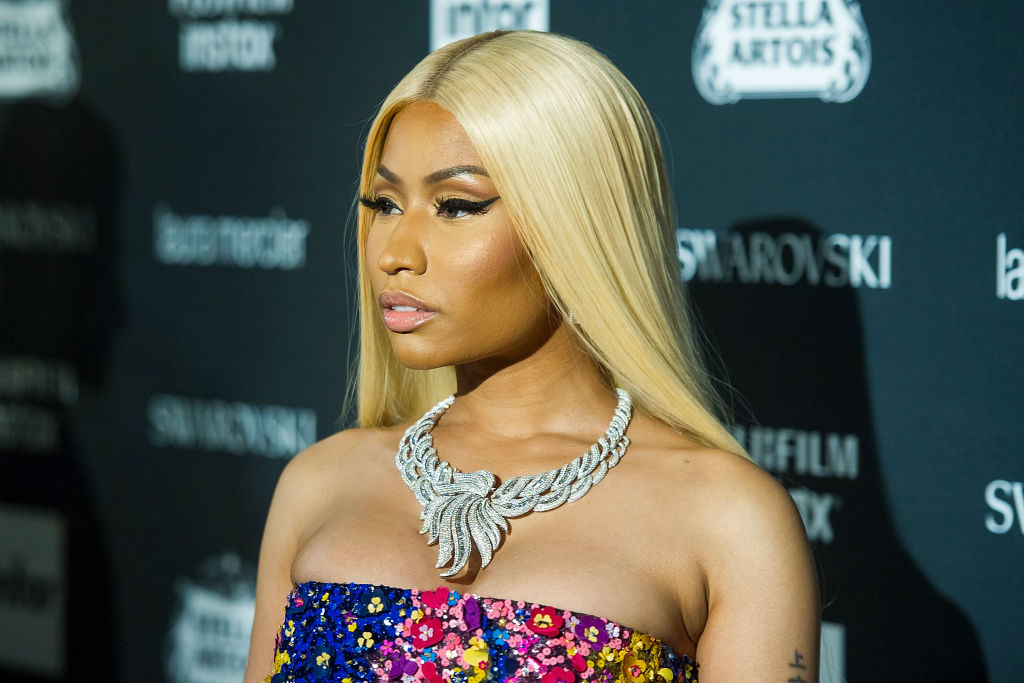 As you probably already know, Nicki Minaj didn’t attend the MET Gala because of their vaccination requirements, saying if she’s going to get the COVID-19 vaccine, it won’t be for the MET Gala.

That’s all fine and dandy, we guess, but things got really weird when the rapper shared a story about her cousin’s friend in her native Trinidad, saying this poor man’s wedding got cancelled because the vaccine gave him swollen testicles. The government in Trinidad even had to come out with a statement denying a case like this exists, saying her claims are absolutely false.

Following all of this vaccine misinformation Nicki was spreading to her millions of followers, Onika Maraj took to Twitter once again to claim the White House had invited her for a visit. She even had her outfit picked out already, which proves her priorities are really in the right place.

“The White House has invited me & I think it’s a step in the right direction. Yes, I’m going,” she tweeted on Wednesday, September 15. “I’ll be dressed in all pink like Legally Blonde so they know I mean business. I’ll ask questions on behalf of the ppl who have been made fun of for simply being human. #BallGate day 3.”

Unfortunately for Nicki, her embarrassment was far from over, as the White House responded to her claims by denying they ever offered her a visit. Instead, an official said that the White House actually offered to connect Minaj with a doctor over the phone so that she could ask questions about the vaccine.

“As we have with others, we offered a call with Nicki Minaj and one of our doctors to answer questions she has about the safety and effectiveness of the vaccine,” the official reportedly said.

After that correction, Minaj took to Instagram with a 14 minute rant, in  which she took aim at people who have called her out over her tweets and comments related to the COVID-19 vaccine.

Throughout the video, Nicki maintained that she was invited to the White House, asking, “Do y’all think I would go on the internet and lie about being invited to the f***ing White House. Like what? Do you guys see what is happening right now?”

She claimed that her team got a call from the White House requesting that she get together with Dr. Fauci and U.S. Surgeon General Vice Admiral Vivek Murthy.

“We’d like to offer Nicki an invitation to come to the White house to speak with two people… the two names… um, what is that man’s name… Dr. Fauci and with the surgeon general,” Nicki said.

She continued, “And do you know what I said? I said, ‘Well, I would rather not have to travel, can we do something like a [Instagram] Live’ and they said that they’re open to me to choosing a platform to do a Live but they never have taken that off the table for me to come to the White House.”

Further on in the video, Nicki went on to say, “And then just imagine someone saying, ‘Oh, no, we offered Nicki Minaj the same phone call we offer everybody else.’ What? You think they would offer that to Mookie in the projects. No. ‘Everybody else.’ And I see why a lot of celebrities keep themselves bubbled up. You understand?”

“We’re living in a place without free healthcare. So anybody in this country has the right to question anything about their health,” she continued. “Because if your health mattered that f***ing much there’d be free f***ing healthcare, bozos.”

Good point, Nicki, but the COVID-19 vaccines are free in the United States, so…probably not the right example for your argument.

You can watch her entire statement down below: