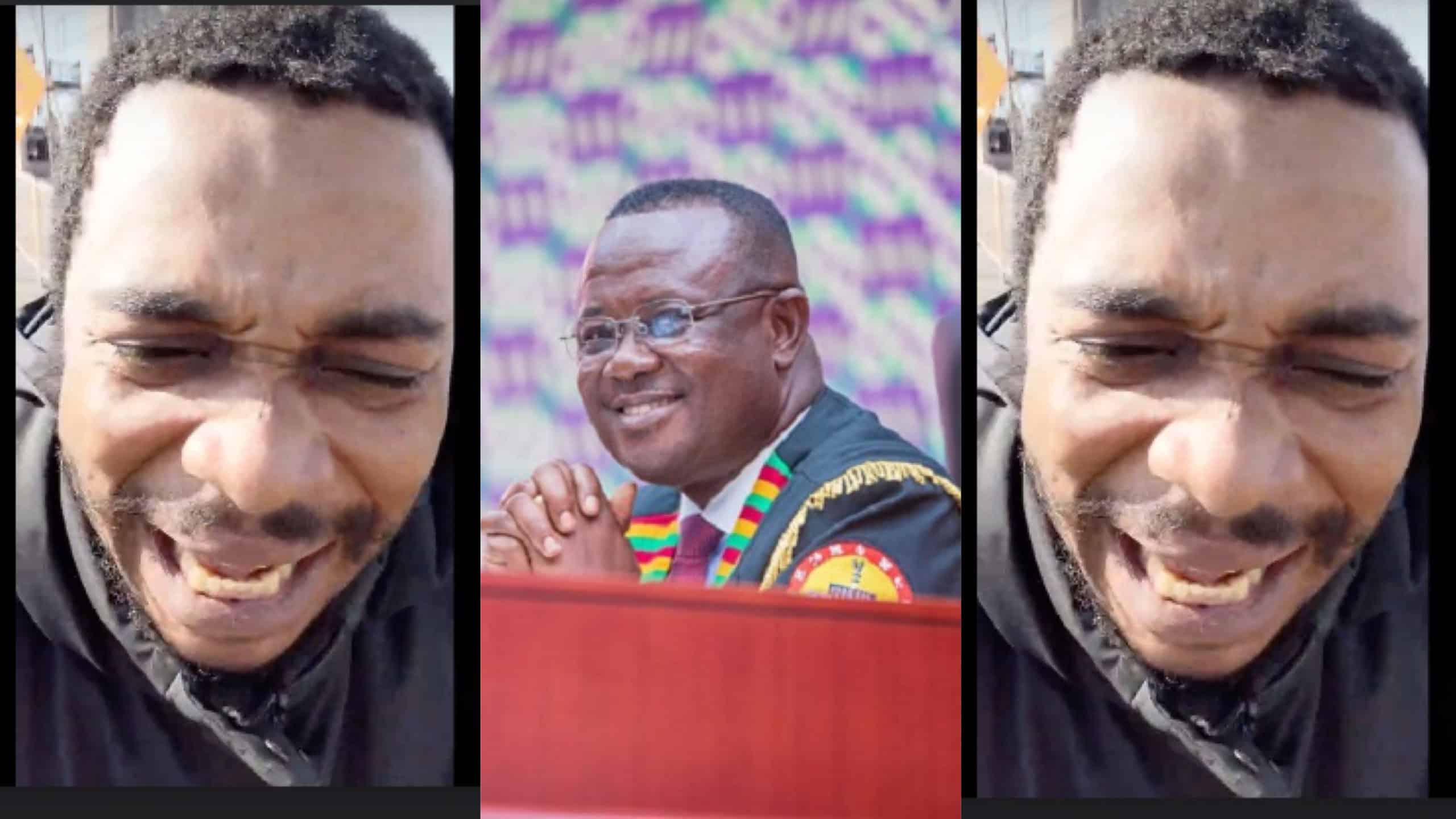 Parliament on November 30, 2021, passed the 2022 Budget after the Minority Caucus had boycotted sittings. On Friday, November 26, parliament, presided over by Speaker Alban Bagbin, voted to reject the 2022 Budget.

Ghanaians had earlier reacted with disdain when the Budget Statement was presented in parliament by the Finance Minister. Many believe the Budget will impose hardship on Ghanaians with the proposed introduction of new taxes and levies.

The E-Levy on Financial Transfers like (MoMo) will be affected as new taxes will be imposed.

Twene Jonas, in his reaction video, asserted that the First Deputy Speaker failed by ensuring that the budget was approved.

According to him, he could not bring himself into terms with the fact that Joe Wise presided over parliament and also voted to ensure the controversial 2022 Budget was passed. Meanwhile, legal debates and arguments have erupted following Joe Wise’s decision to president and vote.

Many believe he sidestepped the best practices and did not take the interest of Ghanaians into consideration.

This, Twene Jonas believes was a step in the wrong direction.

“How could a referee play in the same match he officiates? Is that right? I think the 2022 Budget must be thrown out and rejected,” he vehemently said.