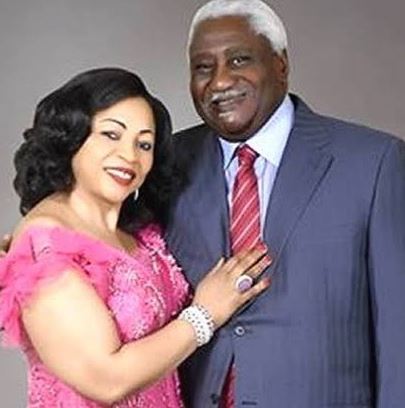 Reports have surfaced online revealing why Ikoyi Club 1938 handed a one-year suspension to Modupe Alakija, the husband of billionaire Folorunsho Alakija, for physically assaulting another member of the club over facemask.

A letter dated October 27, 2021, which was Alakija’s response to a mail sent by the club for him to explain his side of the story, showed that he had a brawl with Ashish Gajjar.

In the letter obtained by TheCapital, Alakija described the incident as a “criminal matter” which he did not believe a committee set up by the club had power to try.

He said a friendly discussion had ensued between him and protocol staff of the club on “whether an Officer of the Nigerian Police Force duly empowered and armed under an extant, Law of the National Assembly could be stopped from entering any premises in Nigeria, except certain parts of airports and airplanes.”

Alakija said he removed his facemask in the course of the discourse which reportedly held at the entry point of the club.

“The Complainant, without, knowing the subject of the debate and without showing any form of decorum, with all arrogance, rudely and crudely shouted at me, to put on my mask. All your staff testified to this crude and rude intervention,” he said, adding that he told Mr Gajjar to “mind his business.”

It was gathered that Gajjar reminded him of the rules and COVID protocols the club had adopted.

“In gross violation of my constitutionally guaranteed right to privacy, he brought out his camera and started to videotape me without my consent and or permission,” Alakija continued.

“On his refusal to delete the photos as I demanded, I decided to hold on to his shirt, in order to stop him from absconding and taking my pictures away with him.”

Alakija said he held Gajjar because the recording could end up in the hands of kidnappers or assassins.

He added that Gajjar knew the club had its own CCTV.

“I have commenced proceedings against the Complainant at the High Court for a grant of relief for the breach of my Constitutionally guaranteed right,” he said.

Alakija termed the matter sub judice, as he has served the complainant with a notice of intention to commence legal proceedings.

Get Latest news on Skynews Nigeria