Taking to his Facebook page, the father of five shared a 4-minute video that showed Judy Austin lying on a bed while lamenting over the stress and rigorous processes actors go through in a bid to come up with a blockbuster.

She affirmed that the stress and hard work are responsible for her current breakdown. Judy Austin urged the public to learn to appreciate movie stars due to the hard work they put into play all in a bid to keep people entertained.

Mixed responses, however, trailed Yul Edochie’s post while some attempted to trivialize the issue, others wished the mother of one a speedy recovery.

Refer to some comments below: 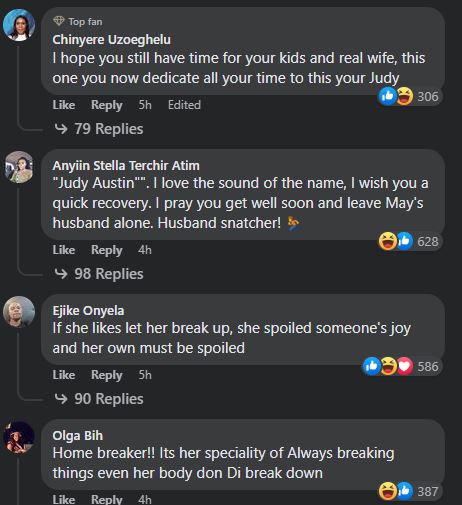 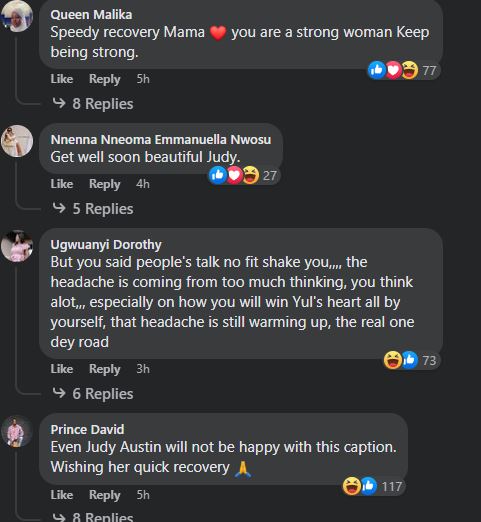 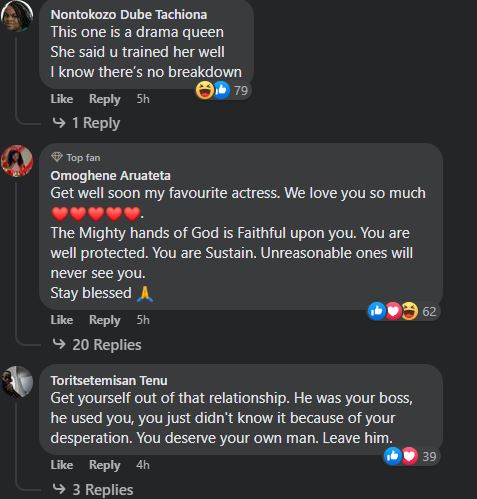 Recall that Yul Edochie also got tongues wagging after he appeared in an odd outfit for his parents’ 53rd marriage anniversary. Netizens subsequently mocked the actor over this as they tagged him as a ‘prodigal son’.