Celebrity Couple, Judy Austin and Yul Edochie are gearing up to be the next Nollywood power couple, but Nigerians are having none of it.

The movie star who is happy to be working on a project with her man shared a copy of their script.

With Judy as the producer and Yul as the director, the mum of one gladly gave details of the new movie and asked fans to anticipate.

The Actress also used the opportunity to hype up Yul Edochie as the best in the directing business in Nollywood.

‘Day 1 on the production of A WIDOW’S STORY!!! This is a story that has never been told before in the history of Nollywood!!! It’s such a privilege to be producing this MASTERPIECE and with the best in the game directing it. His Excellency Eze Dike1 @yuledochie. Executive Producer: @munmediaentertainment. I can’t wait for you guys to see what we’re cooking!!!” 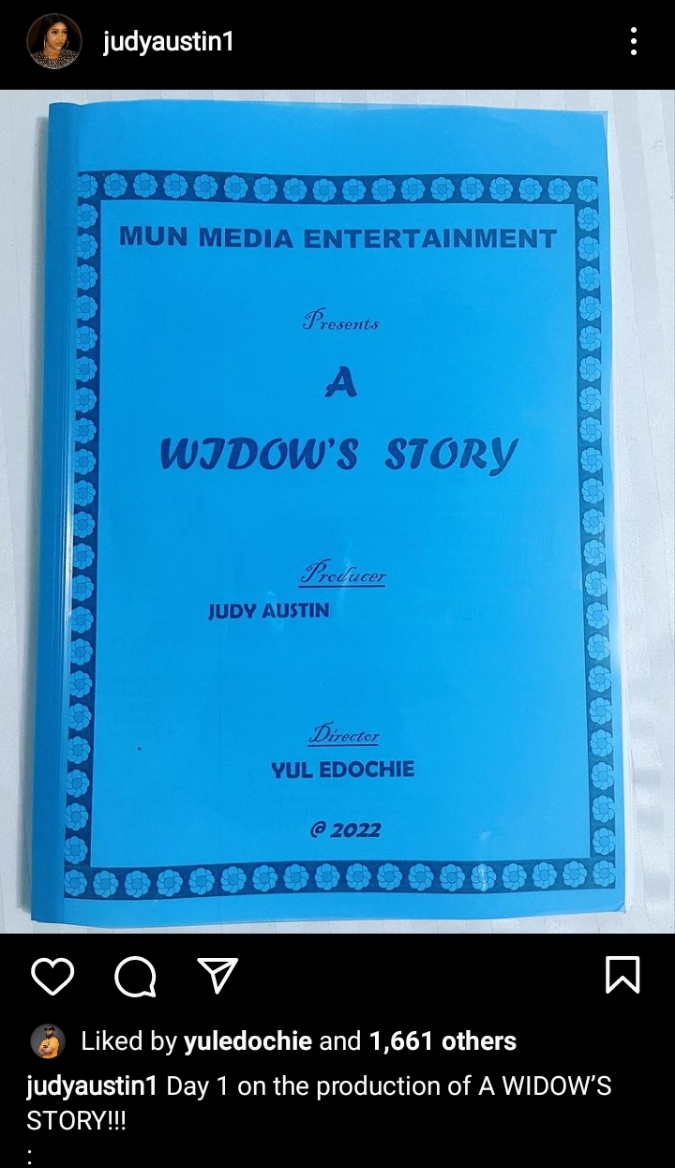 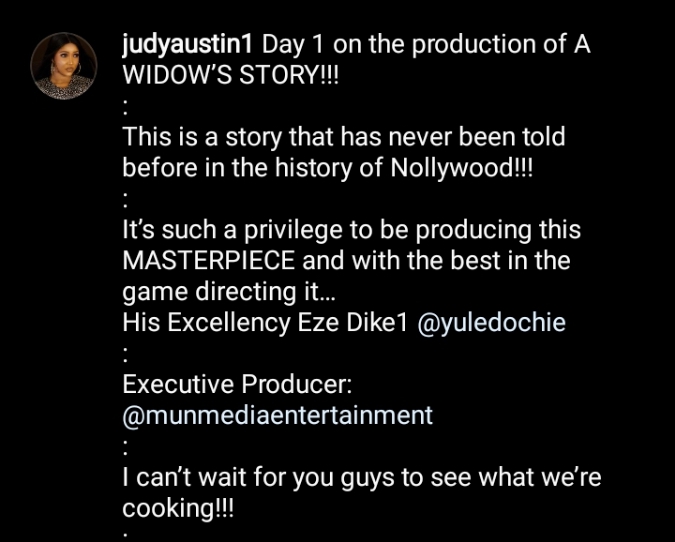 While some fans of the actress praised her, others knocked her and urged them to take it easy before having another kid. 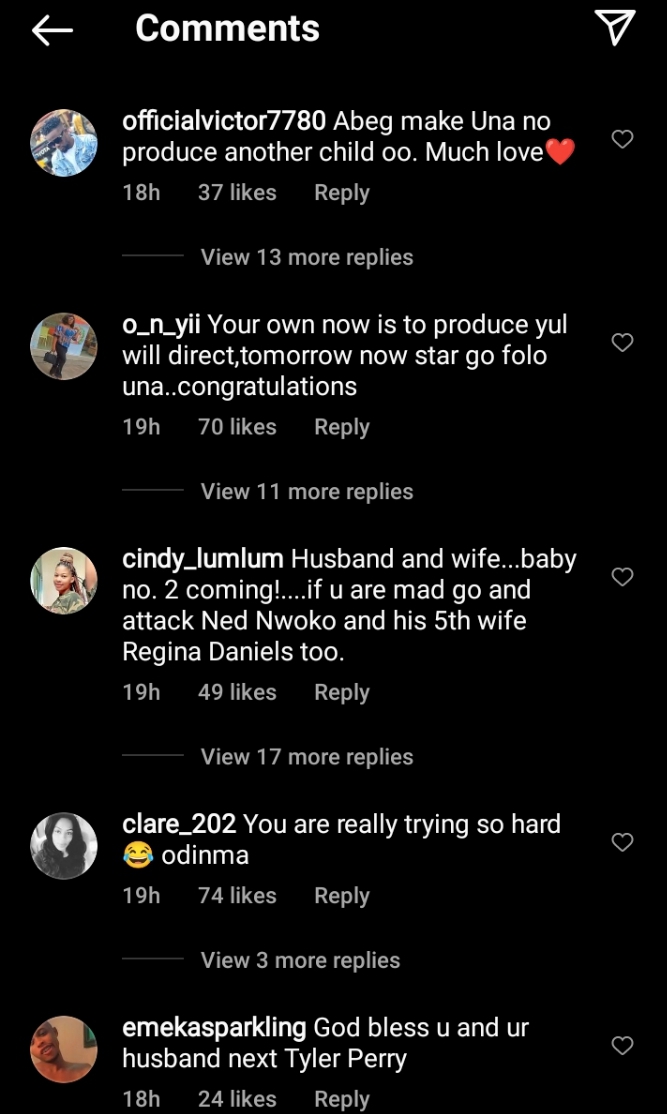