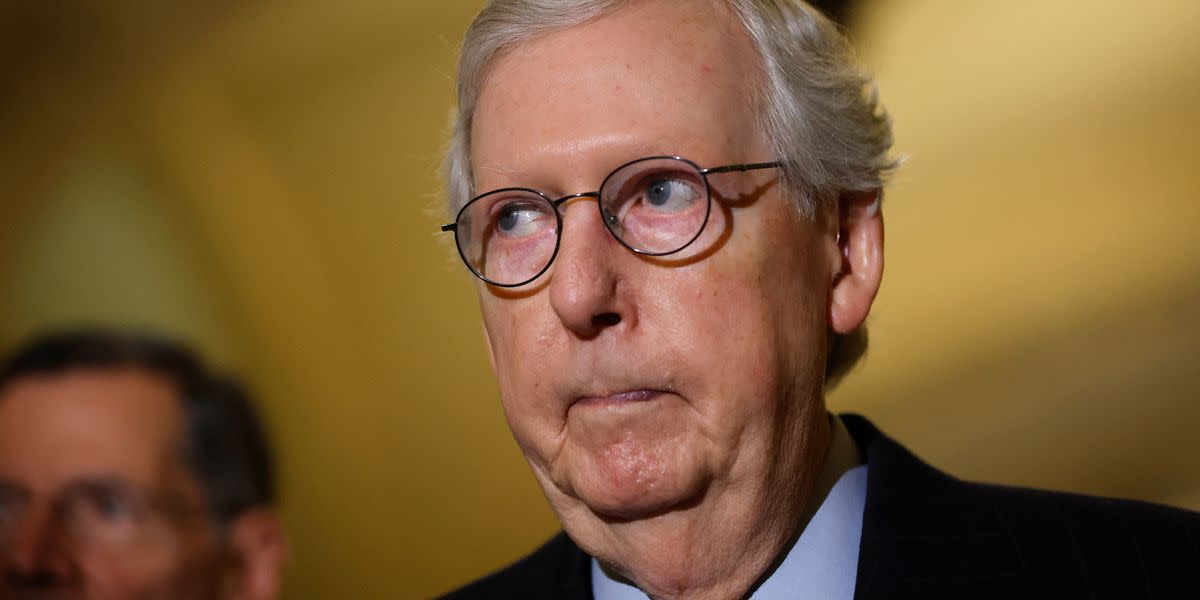 Senate minority leader Mitch McConnell described the insurrection at the U.S. Capitol on Jan. 6 as “horrendous” Thursday, and said he was looking forward to what the House select committee investigating it discovers.

“I think the fact finding is interesting. We’re all going to be watching it,” McConnell told Spectrum News. “It was a horrendous event, and I think what they’re seeking to find out is something the public needs to know.”

👀 On J6 Committee: “It will be interesting to see what facts they find .. We’re all going to be watching it. It was a horrendous event .. I think that what they’re seeking to find out is something the public needs to know.” pic.twitter.com/X3a7Mj7xVe

McConnell also refused to say anything negative about Rep. Liz Cheney (R-Wyo.), who is one of only two Republicans serving on the nine-member select committee.

Earlier this week, thousands of pages of emails and text messages were turned over to the committee by former White House Chief of Staff Mark Meadows before he stopped cooperating with investigators. The communications revealed, among other things, the existence of a PowerPoint “coup plot” by Trump allies. Under the plan, Trump was to declare a national emergency, citing foreign control of electronic voting systems, in order to delay certification of the 2020 election results.

The committee subpoenaed one of the authors of the scheme, retired Army Col. Phil Waldron, on Thursday.

Other communications provided by Meadows revealed that certain Republican lawmakers supported the effort to interfere in the certification of the Electoral College count.

Rep. Jim Jordan (R-Ohio) admitted on Wednesday that he had forwarded a message to Meadows that claimed then-Vice President Mike Pence had the power to unilaterally subvert Americans’ selection of Joe Biden for president.

On Tuesday, McConnell told CNN that he’s been keeping an eye on the committee’s probe.

“We’re all watching, as you are, what is unfolding on the House side,” McConnell said. “It will be interesting to reveal all the participants who were involved.”

McConnell, who has a tense relationship with Trump, blasted the former president in January for “provoking” his supporters’ storming of the Capitol.

“The mob was fed lies,” McConnell said on the Senate floor two weeks after the insurrection. “They were provoked by the president and other powerful people, and they tried to use fear and violence to stop a specific proceeding of the first branch of the federal government which they did not like.”

Yet, McConnell also turned Republicans against creating a bipartisan investigation into the events surrounding the insurrection.

“I do not believe the additional, extraneous commission that Democratic leaders want would uncover crucial new facts or promote healing,” he said at the time.

This article originally appeared on HuffPost and has been updated.