On Wednesday, 5th October 2022, Mohbad took to his Twitter page to share the clips of his bloodied body which he claimed were a result of the assault he suffered at the hands of the Marlian crew.

According to him, he was beaten after he requested to change his manager who happens to be a member of the Marlian family.

Captioning the video, he wrote;

“Just because I want to change my manager who is their brother, see what they did to me at Marlian House“.

Recall that Mohbad was arrested by the NDLEA for drug possession and a clip of him and members of the Marlian group smoking on the street was posted online.

There have been some concerns about Mohbad’s use of drugs and previous misunderstandings between himself and the Marlian crew who blamed Mohbad’s irrational behavior on his alleged propensity for high drug usage.

In his tweets, the singer asked for help while also revealing that he is dying inside.

Mohbad added that he went to the hospital for a CT Scan for head impact and chest X-ray as a result of the assault. 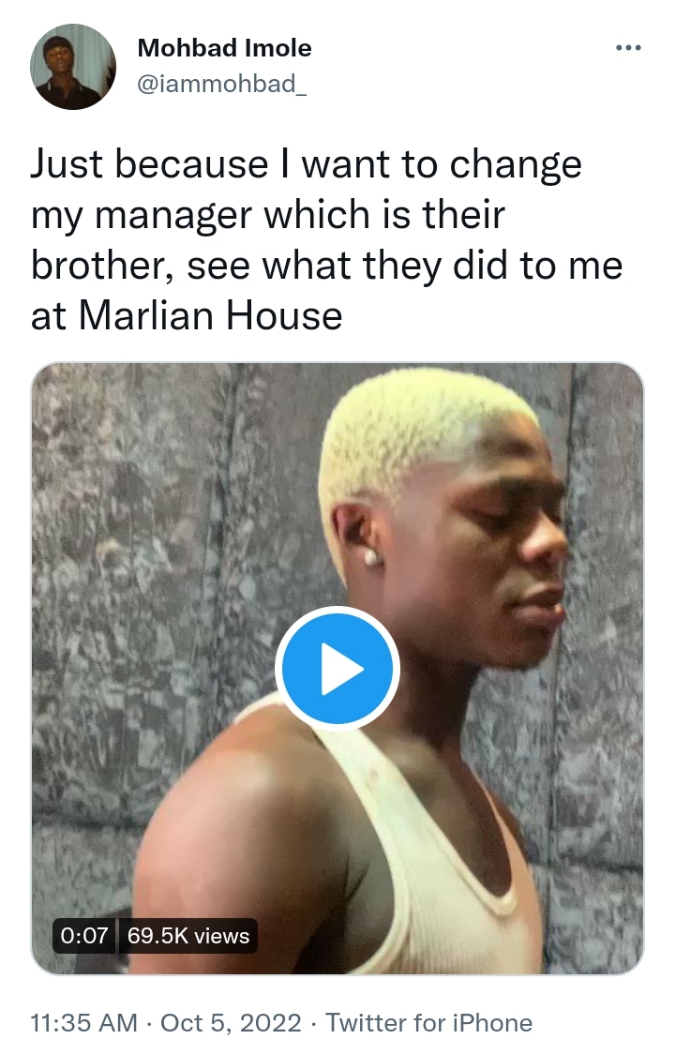 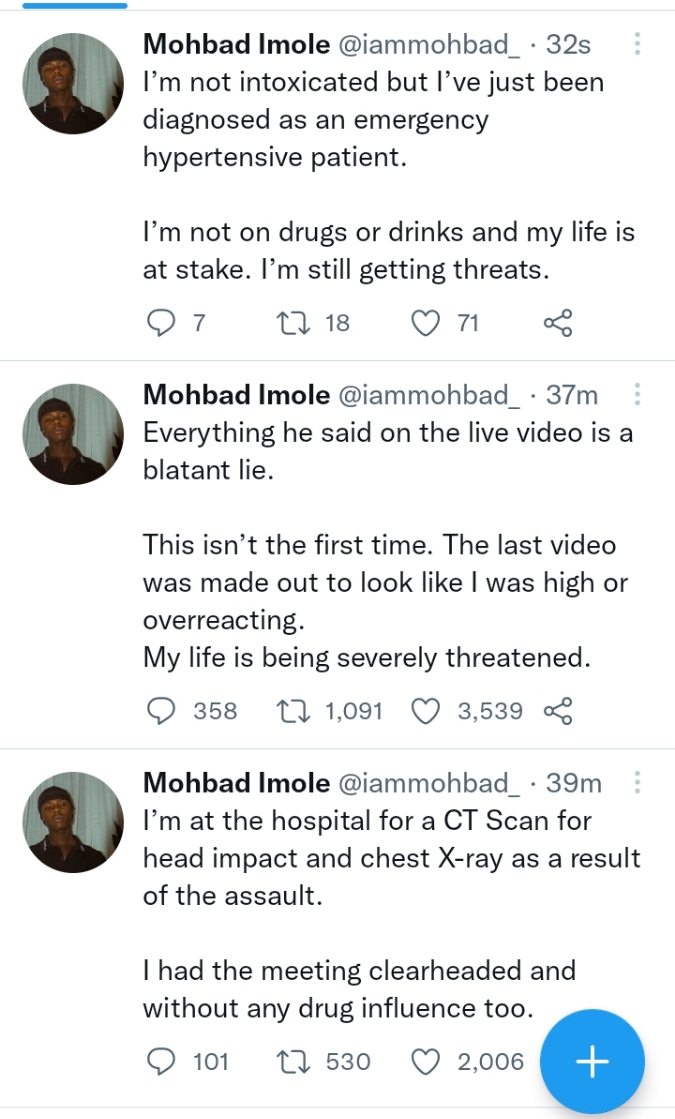