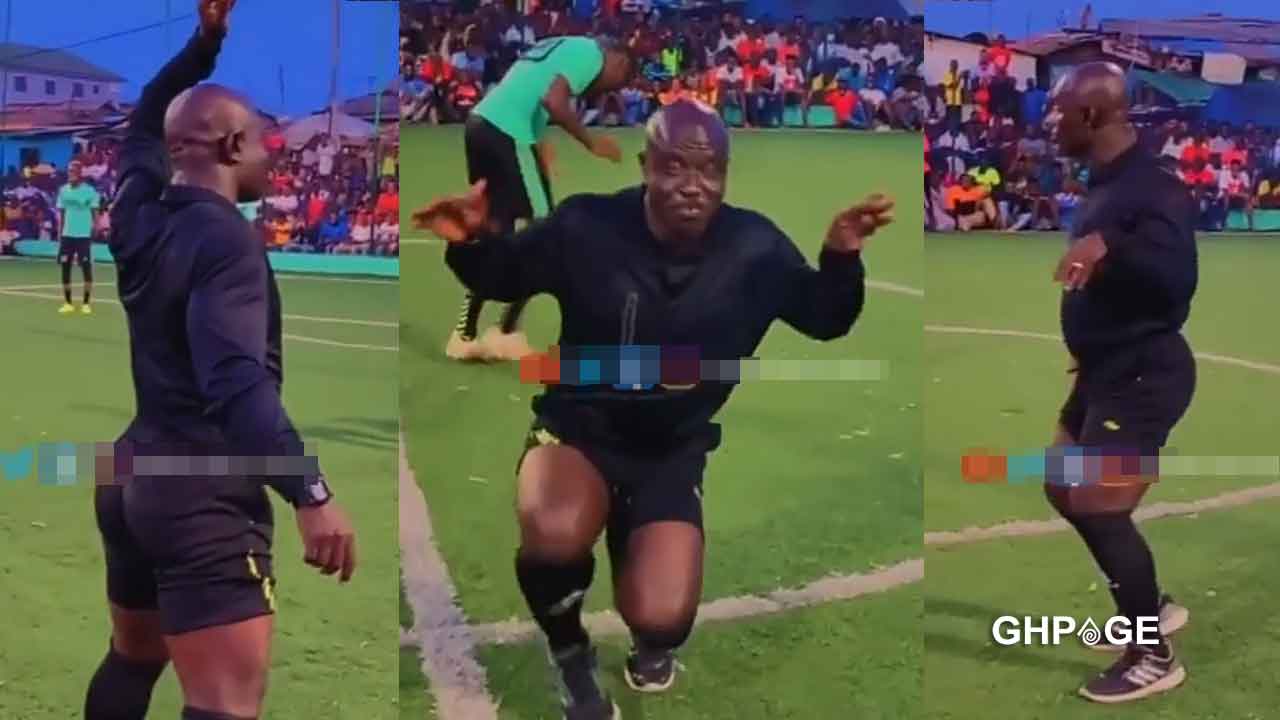 
An overly excited referee took to the dance floor to show his dancing skill to spectators whilst players on the pitch were waiting on him to blow his whistle to start a match.

Donned in an all-black attire the referee ignored the players who had moved to their various positions on the field to play and danced to the loud music that came from the stands.

The referee wowed both the players and all who had come to watch the match with his exceptional dance movements.

He was best at it, I think he should consider taking dance as a career.

The video after surfacing has since gone viral, with some netizens reacting in astonishment.