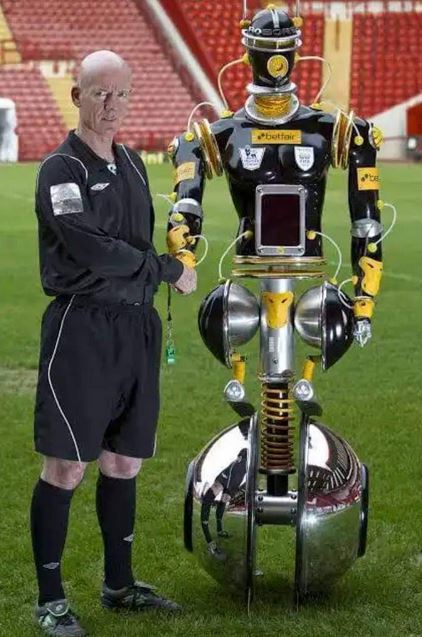 The upcoming Club World Cup will be officiated by robots- refs as Chelsea will become the first Premier League side to experience the innovative system.

The Blues will be looking to win the competition at the second time of asking, having previously lost against Corinthians in the final in 2012.

Thomas Tuchel’s side will be travelling to the tournament in the United Arab Emirates thanks to their Champions League success last season, in which they beat Manchester City 1-0 in the final in Porto.

As per football.london, ‘robot referees’ will be trialled during the competition this month.

It is believed that the new technology will be used to make offside decisions within half a second.

Special cameras that will be attached to the stadium roofs will be used to create a ‘limb-tracking system’, creating animated skeletons that will help speed up the decision-making process in regards to offside calls.

The VAR referees in place will then be alerted of the decision made by the technology, with the on-pitch referee then being subsequently informed.

FIFA are hoping to fully implement the system before the start of this year’s World Cup in November and December, with the governing body saying the robotics have the: “potential to provide new insights for coaches, medical staff, and fans.”

The Blues will enter the competition at the semi-final stage where they will face either Al Hilal, Al Jazira or Pirae.